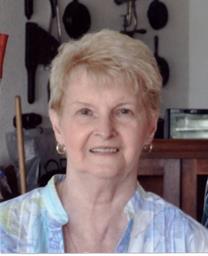 Ruby was the Daughter of Clarence Woodall and Eva (Wheeler) Woodall Webster who preceded her in death.  Ruby was also preceded in death by her siblings Deloris Woodall, Oral Woodall, Lawrence Woodall, Mildred (Woodall) Campbell, Clyde Woodall, and her husband of 59 years and 8 months, Jesse “Jack” Payne, who she married on January 2, 1954.  They lived their vows for “better or worse.”

Ruby retired as Supervisor of the O.A.C.A.C. office in Bolivar, Missouri after 28 years.  She devoted most of her life to helping many families with needs such as clothing, heating, shelter, medical expenses and even making sure people had enough gas money to get to doctor appointments.  Ruby also organized many benefits to raise extra money for the Ozarks Area Community Action Corp. to help ALL those in need in Polk County.  She was so successful at helping others that she had an award named after her “The Ruby Payne Award” that is presented each year to a deserving supervisor from other O.A.C.A.C. offices as dedicated to those in need as Ruby.

Ruby enjoyed cooking for her family, reading and listening to old time gospel and country music, and watching basketball games and volleyball games that her kids and grandkids were coaching or playing in.  Ruby was a loving mother and wife who devoted herself to her family and grandchildren, whom she loved with all her heart.